We have just tagged the latest beta version of remoteStorage.js 2.0.0, which we believe should work at least as well as v1.2.3 as a drop-in replacement for all of your apps. (Some apps are already using this version in production.)

We would like to invite all app developers to try out this beta version for themselves, and report any issues (that don’t exist in v1.2.3) on GitHub!

remoteStorage 2.0.0 is an almost entirely non-breaking update for app developers (unless you still use bower to manage JS dependencies). It contains a few important bugfixes and some nice enhancements. But most of the work has been done under the hood, and on the development and documentation tools.

The source code has been ported to TypeScript, in order to facilitate safer and easier refactoring of the codebase. Thus, JS API documentation has been switched from JSDoc to TypeDoc, and the ReadTheDocs build environment had to be creatively adapted to support more modern node.js and TypeScript functionality. You can also access documentation for different versions there now, with the 2.0.0 docs being available under the “latest” tag.

remoteStorage.js 2.0.0-beta.5 was just released, with the list of changes having grown a bit since the first beta: 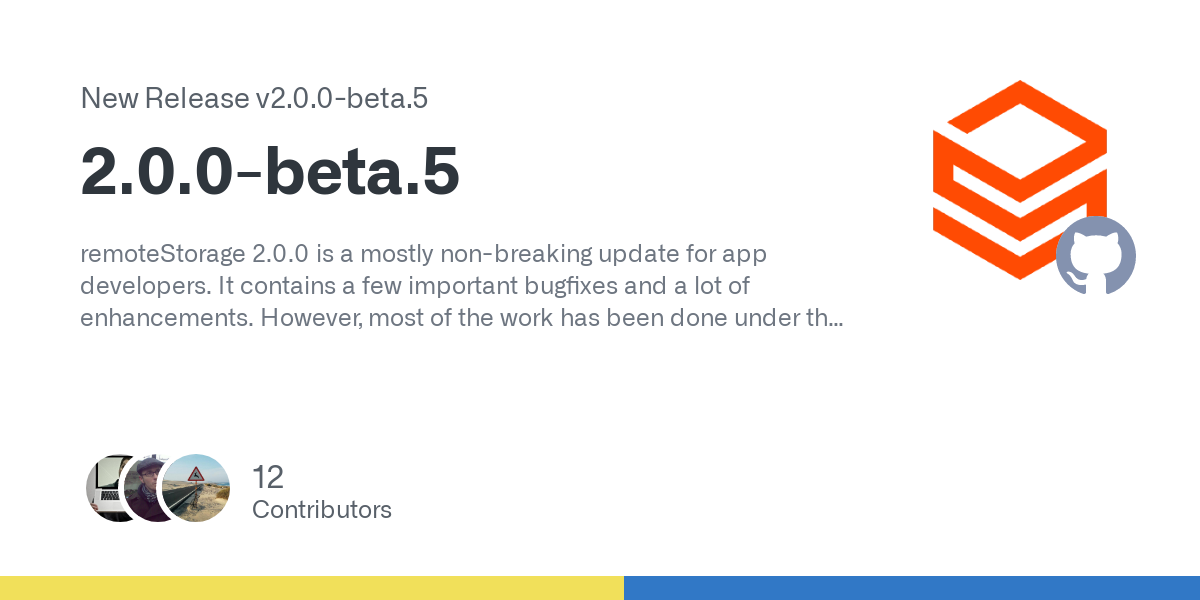 remoteStorage 2.0.0 is a mostly non-breaking update for app developers. It contains a few important bugfixes and a lot of enhancements. However, most of the work has been done under the hood, and o...

The latest 2.0 beta now includes a few new features, as well as some notable bug fixes. The latest beta 5 is all about refresh-token support for Dropbox, as well as refactoring the Authorize and various WireClient classes, courtesy of @DougReeder.

2.0 beta is now the recommended latest release not just on npm, but also on GitHub. If you run into road blocks while upgrading your apps, please don’t hesitate to ask for help on the forums here!

remoteStorage.js 2.0.0-beta.6 was just released, containing an important bug fix for a sync race condition that causes item maps to be inconsistent with actual data in some cases: 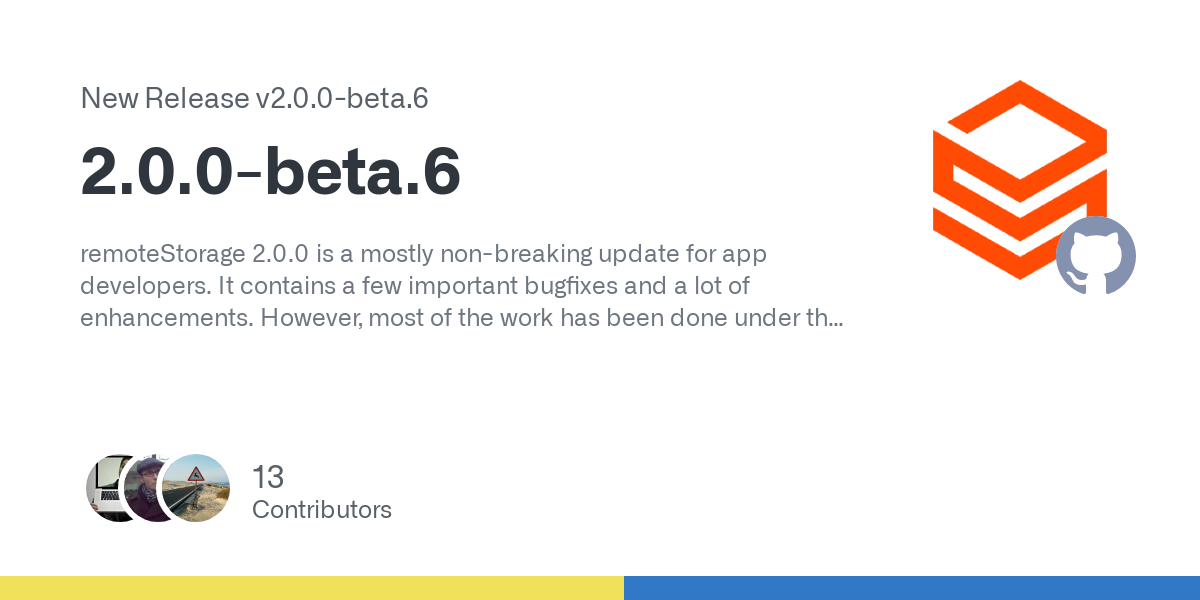 remoteStorage 2.0.0 is a mostly non-breaking update for app developers. It contains a few important bugfixes and a lot of enhancements. However, most of the work has been done under the hood, and o...

Upgrading your apps is highly recommended.